Biggest Volatility ETN Gets a Copycat Within Hours of Its Demise

Volatility Shares LLC applied to Cboe Global Markets Inc. on Tuesday to register a leveraged exchange-traded fund that will invest in volatility index futures, according to a filing. Barely 24 hours earlier, Credit Suisse had included the then-$1.5 billion VelocityShares Daily 2x VIX Short-Term ETN, ticker TVIX, among a slew of notes it said it will delist.

That announcement sent a shock wave through the volatility trading community, where TVIX is a giant player, and spurred Volatility Shares to accelerate a filing that’s been in the works for months, according to co-founder Stuart Barton. The ETF is intended to be used to hedge risk-sensitive holdings in turbulent markets, he said.

“These products are very, very useful to people,” he said. “One of the obvious ones, and we advise clients on this all the time, is people saying, ‘Well, I really think we’re in a bear market, I think we’re going to be in a volatile period, I need to do something with my portfolio over the next few weeks.’”

Just like TVIX, the proposed fund will seek to deliver twice the return of futures on the Cboe Volatility Index, also known as the VIX. It’s a measure of expected price swings of the S&P 500 Index, often described as Wall Street’s “fear gauge.”

Should the Securities and Exchange Commission give Volatility Shares the green light, the new ETF will likely arrive long after its forerunner has gone.

Credit Suisse said the decision to delist nine ETNs is to better align products with its growth strategy, though market participants have also pointed to ongoing scrutiny of such notes after losses stacked up in March’s virus-driven turmoil. ETNs are also unsecured debt obligations, meaning they are backed by the issuer rather than their underlying assets.

The proposed product from Volatility Shares would instead be an ETF. It would also operate differently in small but key ways, according to Barton.

For instance, the closing value of TVIX is calculated on the settlement prices of the futures, typically determined at 4:15 p.m. in New York. The ETF would use a 15 minute time-weighted average price ending at 4 p.m.

Volatility Shares reckons that will lessen the risk of front-running end-of-day rebalancing activity, a practice some strategists allege contributed to a huge volatility spike in February 2018.

“It’s little changes like that,” said Barton, who previously worked at Barclays Plc, which launched the first iPath S&P 500 VIX Short-Term Futures ETN in 2009. “They sound silly and maybe pedantic, but they make all the difference when you’ve got $2, 3, 4 billion worth to execute when you’ve got three seconds.”

The new ETF would likely be met with robust demand, according to Bloomberg Intelligence, given the “canyon-sized” gap that will be left in TVIX’s wake.

“If approved, these are as close as you can get to sure-fire hit products,” said Eric Balchunas, an ETF analyst at BI. “There’s clearly an audience for them -- you just hope they don’t attract anyone who doesn’t understand them.”

Last year, the firm also filed for an ETF that would short VIX futures -- essentially a new version of the VelocityShares Daily Inverse VIX Short-Term ETN, ticker XIV, which imploded in the 2018 drama.

While products such as TVIX occupy an important space in portfolios, they’ve become outdated as markets have evolved over the past decade, according to Barton.

“It’s not that these products are inherently bad, it’s that they were designed such a long time ago and none of the issuers were able to make corrections or updates,” he said. The new funds are “about bringing back popular products designed in a better way, in a way that hopefully will be more sustainable,” he said. 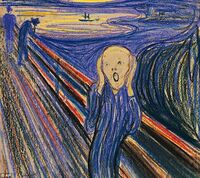